Difference between revisions of "WiFi" 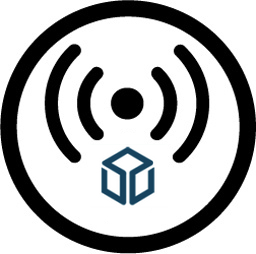 A suggestion for improving connection speed is to disable power-saving

Depending on the situation, this may help. detailed report, which concludes, that disabling power saving very likely improves the situation (on the Original, Rebirth and the 1Ghz Pandora), as of 2013-01 SuperZaxxon 1.52, the power saving algorithm in the binary blob from TI and/or its calibration is so over-aggressive, that it fails in many situations.

Sometimes, you may wish to bypass network manager and configure the wifi directly. See Wireless from the Terminal for some guidance on how to do this.

Android phones running 2.2 and above provide the option to share a mobile network connection using WiFi. This is tested for connecting to the Pandora and works (at least with a HTC Desire).

ED buys wifi chips that are supposed to be pre-calibrated in factory (calibration data stored in an EEPROM inside of chip), but it is known that unlike pandora, other devices like N900 and HTC Dream did calibration only after full assembly, so chip-only calibration might be wrong. We don't have any hardware/software tools for automatic calibration, so since SuperZaxxon 1.54 there is an ability to dump calibration NVS/EEPROM for manual hex editing, and to load it into the chip from file instead of EEPROM (one time only, not permmament).

The driver will now take ~20s to load, as it will dump NVS on startup. When the command is done, check dmesg output for "wl1251: eeprom dumped." to see if dumping was successful:

Now you need to to get the dump out of the driver to a file, which is done through debugfs:

You should now have NVS dump in /somewhere/wl1251-nvs.bin

See http://notaz.gp2x.de/misc/pnd/wl1251/nvs_map.txt for wl1251-nvs.bin format description that has been found somewhere on the net.

Loading a NVS file instructs the chip not to read the EEPROM, driver uploads the data to chip instead, so doing it doesn't make permament changes. First we need to unload the driver again:

Wifi should now start with calibration from file. Note that this mode doesn't set up your usual MAC address, it will be random.