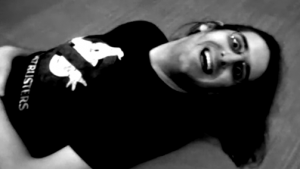 ED here, welcome to the team.

Maybe add field for social networking site, like facebook and g+, country? With semantic lists we can do coordinates

B-zar, gruso, bobbens, superroach, SONY, sswam, wally, moxie, and lots of others, been doing the ones i can find youtube links to thus far. ED headquarters

"The Pandora is, simply put, the most versatile hand-held computing device ever made."
"The device I thought I needed for a couple of things and ended up using for nearly everything"
"One piece of community driven, gameplaying, webbrowsing, movie watching, music listening, open, customizable- hotness. Oh and it also plays tetris."
-Bosbeetle-
"Open Pandora has made reliving my childhood on the go possible and being open means the possibilities from here on out are endless - I'm in love"
-MonkeyChops
"30 years of gaming experiences in less than 300 cm³"
"It's anything you want it to be/do."
"Pandora- Freedom to develop, work, and game without compromise.
With a dedicated community for support and developing, the Pandora excels to deliver the most incredible nostalgic and homebrew gaming experience ever created!""
"It's better than even I can imagine."
"It's not what it can do. It's what I can do."
"The Pandora has the best DPad I've ever used."
"Definitely one of the better ways to waste a day"
-Trip
"For over decade people have been forcing their devices to do things manufacturers have tried vehemently to prevent. It doesn't work that way for the Pandora. You are encouraged to push the hardware to it's maximum potential."
"In my opinion, I've found the perfect handheld for me! Between embracing Zeitgeist (playing emulators), flirting with the Muses (enjoying the multimedia applications) and joining Athena in her quest (Learning about the hardware's capabilities and designing my own games), I just can't put it down!"
"Pandora's mix of components means it is versatile enough to adapt to work rest and play. Pandora, I love it."
"Your wifes greatest foe in the battle for your attention"
- Joe Decrescenzo
"Freedom to work and play your way in the palm of your hand."
-BDB66
"Pandora: the retrogamer dream device"
-Alerino
"I've never had as many computers in my pocket as I've had since I got my Pandora!"
"The Pandora keeps getting better and better."
"The pandora is everything i've ever wanted in a handheld...
..and that's an understatement."
"It's every home computer and console i owned before i grew up, everywhere i go."
"When I was a kid, I often daydreamed of how cool and how great it would be for items from science-fiction to exist in the real world - since I received my Pandora, that feeling has been part of my reality every day."
--Prometheus