This tutorial is intended for those who would like to learn programming in general and especially writing programs for Pandora. I've decided to use GLBasic because many of us are at least slightly familiar with some dialect of Basic and for beginners it probably is a bit easier language to learn than C or C++. Also, GLBasic is easy to install on a Windows machine and comes with an integrated editor.

I work as a software designer and should know something about programming, but I'm a complete newbie when it comes to GLBasic. I just purchased it a couple of weeks ago, so I will be learning this new language with you. I'll probably make quite a few errors and mistakes, but that happens at work too... Hopefully all errors will be found and fixed.

The goal of this tutorial is to make a simple game. Years ago Amiga had a game called Gravity Wars which I just loved. In that game two space ships shot torpedoes at each other across a playing field filled with planets. Torpedoes were affected by the gravity of the planets and the flight paths of the torpedoes sometimes made full circles around the planets or event the whole playing field.

This tutorial is divided into several small parts

Keep in mind the game has not been written yet when I've started writing this tutorial. Hopefully it will be finished some day. Currently it looks like this: 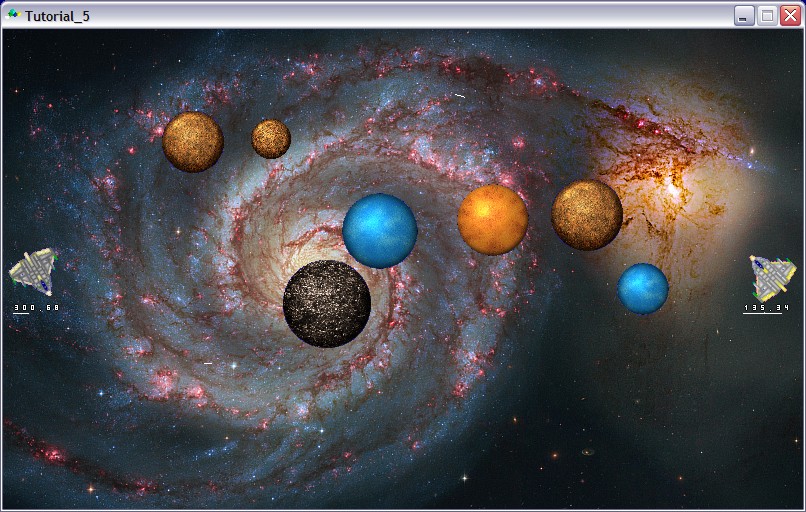